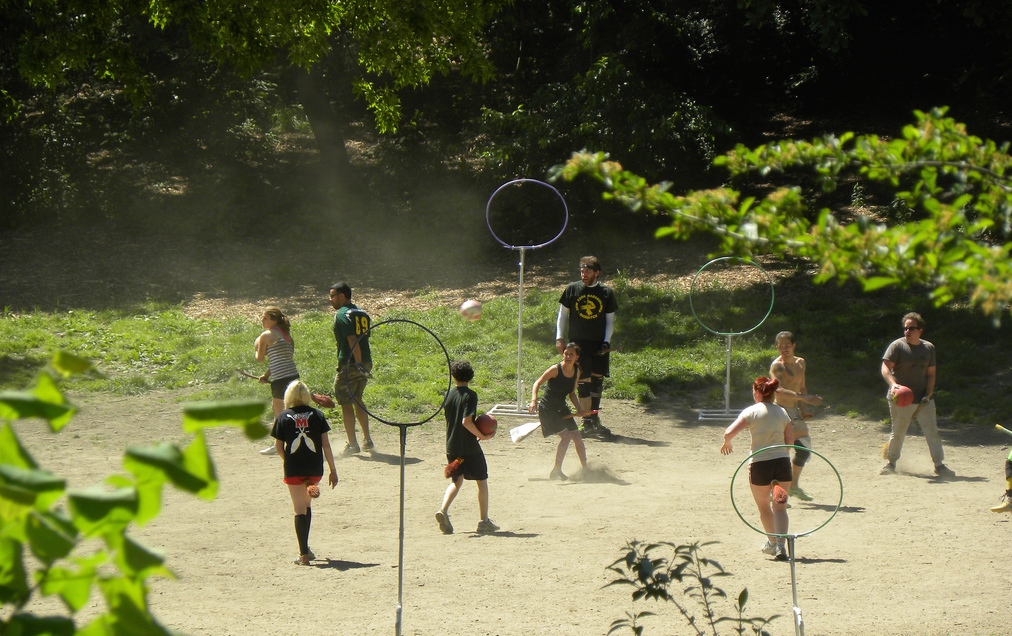 I’ve just been into Nadege Bakery to say hi to my daughter working behind the counter. As I left, I chose to saunter down a narrow one-way road by Queen’s Park on this warm and slightly humid afternoon. I came upon people running around a field, riding sticks. Okay, some of you already know what they were playing but I didn’t. I observed two sets of three metal rings hanging in the air attached to metal stands so they would remain upright in our gravity-influenced world.

As I paused to watch, another couple stopped to also figure out the game. Our group light bulb moment was Quidditch. Our powers of observation were affirmed by the sign on the corner of the field with the words ‘Quidditch’.

As I began sauntering again, I pondered. JK Rowling had first in her head creatively dreamed up this three-dimensional game in the sky. This conceptual game through a keyboard became black and white. Progressing to many book printings, the game was read globally by millions. The idea, at one time only in her head, was now being played in an outdoor park.

I bet JK Rowling never thought that the initial germ of an idea would one day years later be played on a random field in the middle of a big city.

Focus on generating ideas and let the rest unravel.